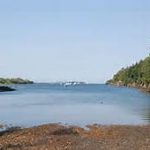 Freeport is so much more than shopping.  For those who love to hike and paddle, the mid-coast region of Maine is a spectacular destination. Casco Bay is home to 365 islands covering 200 square miles of the spectacular Atlantic Ocean.  Running from Cape Elizabeth (just south of Portland) to Cape Small (in the north), we live alongside some of the most scenic and accessible paddling, and sightseeing, in the country.

Here are 5 opportunities for the day paddler, all within 30 miles of James Place Inn in Freeport:

Have a yearning to get out and experience the outdoors and summer in Maine?  There is still plenty of summer left and more islands to visit!